Flag Day (and many other American holidays, such as Memorial Day and Independence Day, to name a few) is an opportune time for her to show her patriotism and passion for preparing festive foods, such as this flag cake (also known as gelatin poke cake). What a sweet salute to the Stars and Stripes!
American Flag Cake for Memorial Day/4th of July

For the gelatin poke cake

For the frosting and decorations 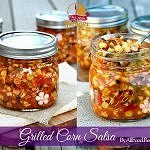 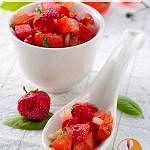