Bacon has been paired up with more foods than you can think of. And sweets seem to offer just the right complimentary flavor to bacon’s unmistakable saltiness. The idea of pairing something salty and sweet isn’t exactly new, but adding bacon into the mix just makes the marriage new again and ultimately clever. There’s nothing like feeling hip and smart while you’re eating, right? And bacon has an attitude that just screams “Awesome”. Don’t deny it. You know it does.

Now let’s move onto the good stuff: The Bacon Milkshake. Yeah, you’ve probably heard of it. Jack in the Box decided to make their own and sell it to the quick and thrifty bacon loving masses. So of course we had to try it.

It was like Umbrella Corp had spliced Bacon’s DNA with the T-virus and infused it into Jack’s vanilla milkshake. The result was not on the Alice level, but more of her nefarious counterpart. Sorry, nerd reference there. Basically if you like a steroid induced, artificial bacon flavor, mixed with a thick vanilla shake, then this bad boy is for you. Being the bacon zealots we are this was not acceptable. We had to create our own. 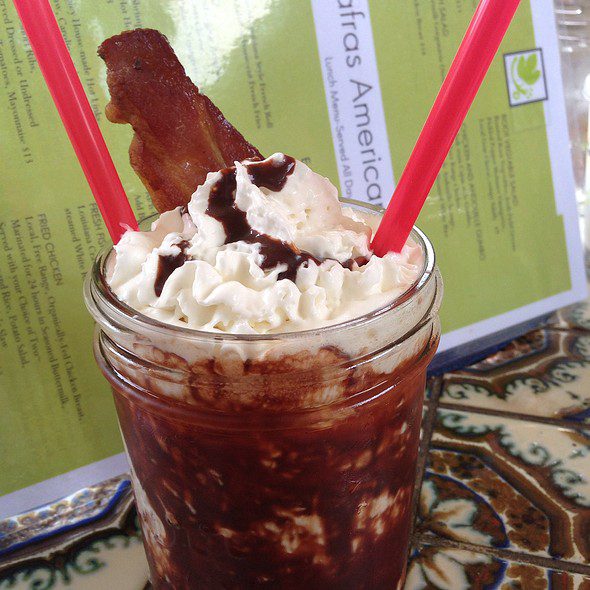 You want to know how? Oh, we’ll tell you how! And you better rush to your kitchen and do it!

Fry or microwave that bacon. We don’t care how you cook it; you just need to get lots of that delicious bacon fat. You really won’t be using the bacon strips, but they’re fun to eat, aren’t they? Collect all the fat in a bowl/cup and set it aside. You want the fat cooled a little- still in liquid form but not piping hot. Do whatever you want with the bacon. Eat it, store it, use it as a mustache, create a likeness of Kevin Bacon with crumbled pieces, use them for swordplay… we don’t care. Just don’t throw it away. That’s blasphemy.

Put the milk, maple syrup, cocoa powder, salt, and ice cream in the blender. Now gather 4 Tablespoons of the bacon fat and pour it into the mix. Blend it up! Pulse it on a lower setting. You will have to occasionally push down the mixture into the blades to get it fully blended. (Obviously when the blender is off, you dolt!) Continue the transition between blending and pushing down until it’s all blended up into an even, delicious mixture.

When it’s done, pour it into glasses and top with whipped cream if you so desire. Crumble up some bacon and garnish the whipped cream with the pieces. Get a straw… Pretty sure you know how to take it from there.

So if you haven’t started already, go make one! You’re welcome. 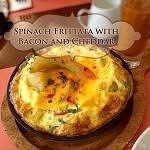 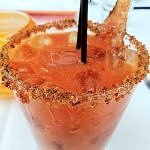