If you have guests coming over for brunch, or would like to treat yourself to something exciting, try this French toast recipe. The sugar on the French toast caramelizes to create the creme brulee effect that will have everyone talking. Make the maple cream syrup recipe alongside the French toast and people will be licking their plates clean.

-The cooking time will vary according to the pan/heat source you are using. I use a built in griddle, which gets hotter than the typical griddle (plug in type). I’ve also used a Teflon pan over a flame. I believe the best crust is formed on the french toast when using a cast iron or other non Teflon type coated pan. This allows the sugar to form a bit of a caramelized layer on the outside of the french toast. That said, this recipe tastes delicious when using an electric griddle with a Teflon coating. If you are cooking several batches you may need to wipe out the pan to prevent the bread from sticking to the melted sugar. Remember to butter the pan after each batch.
-Remember the bread is thick, and time needs to be allowed to cook the inside of the french toast as well as the outside of the bread. Don’t turn the heat up too high, or the outside will burn and you’ll be left with a soggy inside. We’re looking for tender and creamy, not soggy.
-You can find Brioche in many specialty bakeries. I have also used a Challah loaf.
-Store any leftover syrup in refrigerator, covered. It will keep for a month or so. Just heat up when ready to use. 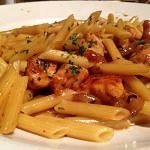 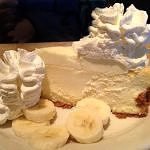