We’re not gonna lie, this jelly shot isn’t the easiest thing to make, but once you’ve artfully balanced those layers of color, it will be the talk of your party. Make a lot all at once to reduce your workload, and try to guess what color everyone’s tongue will be. 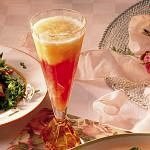 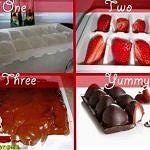