Actually these adorable bunnies have two versions, one with alcohol, and a non alcohol …
You can choose to either, also in taste of the pudding, chocolate could be used if you wish, just like your favorite liquor.
Works great with gelatin to make a shot bunnies.
I use vanilla pudding mix with evaporated milk because my taste gives more creaminess and consistency. The liquor that I use is Amaretto. The taste of almond and vanilla pudding is heavenly. Thinking about Cordial chocolates, decided to add some cherries too. It’s very simple to do, bunnies buy them at the dollar tree store.
With a box of pudding you can fill up to 8 bunnies. 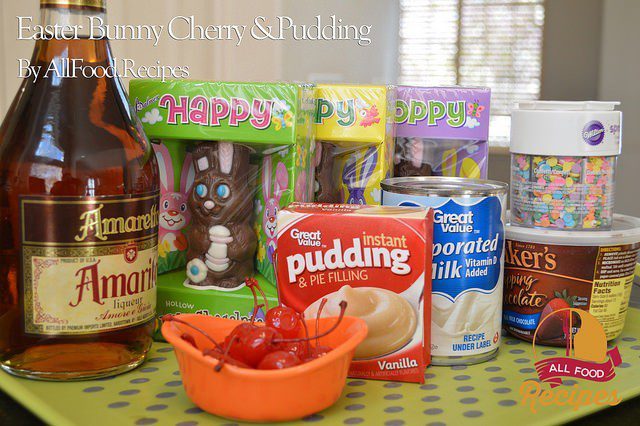 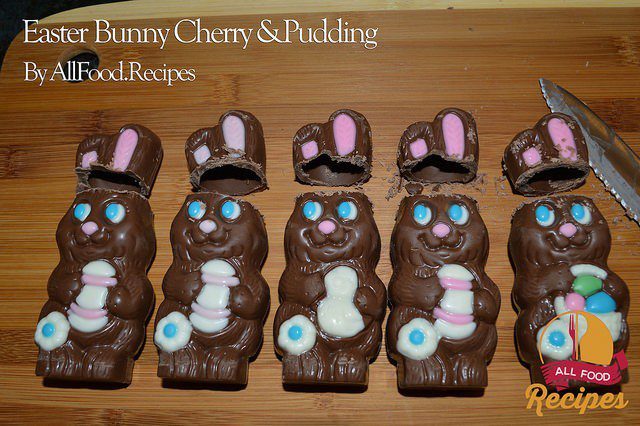 2- Melt the chocolate (I use “Bakers Dipping Chocolate” that warm in microwave) and wet paws into melted chocolate bunny, (this would reinforce the chocolate base) carrying the refrigerator until it solidifies. 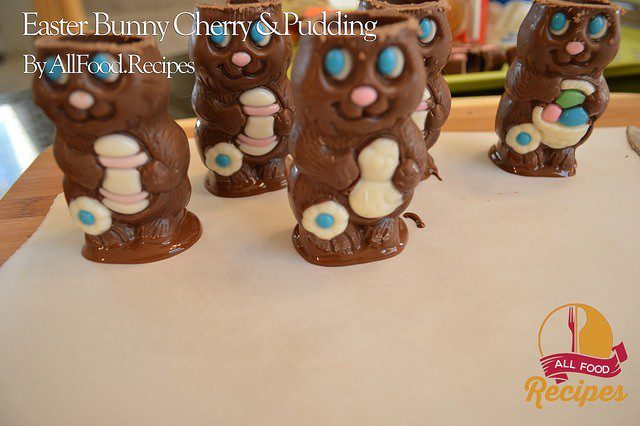 3- Prepare pudding according to the directions, but with evaporated milk.
Stop! For more liquor replace 1/4 cup evaporated milk for liquor.
If you do not want liquor in her bunny skip this step. 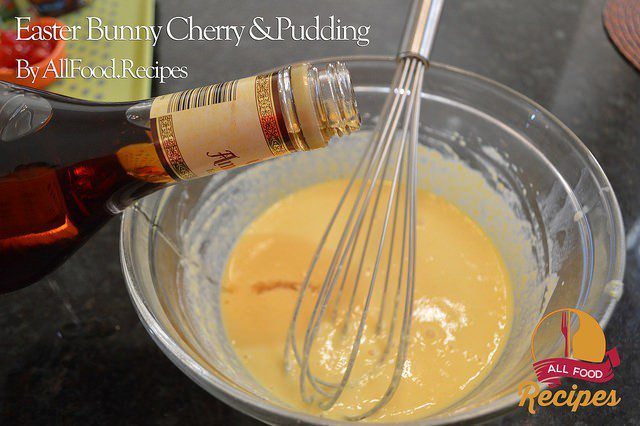 Allow the pudding for 10 minutes in the refrigerator, then place it in a pastry sleeve.

Fill bunnies, fill halfway, put a cherry and push to the bottom, place more pudding and then another cherry, filled with pudding until it stops. Fill the ears too.
put their ears to the body. sprinkle 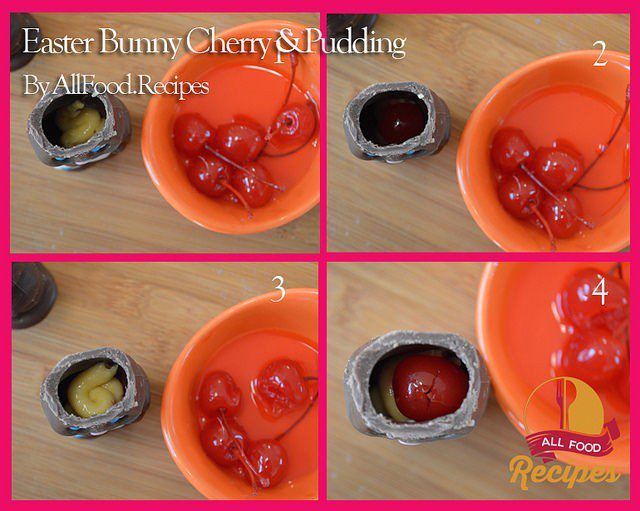 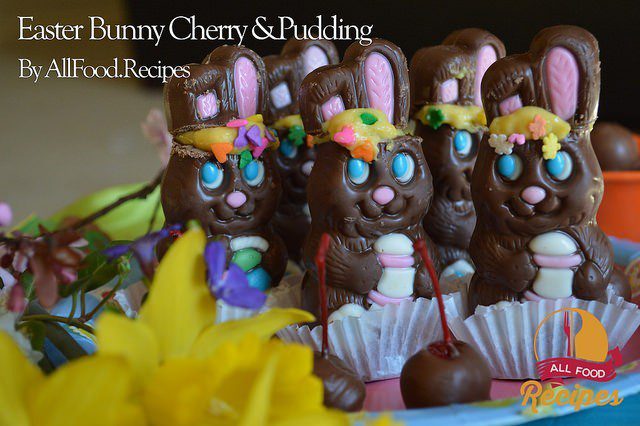 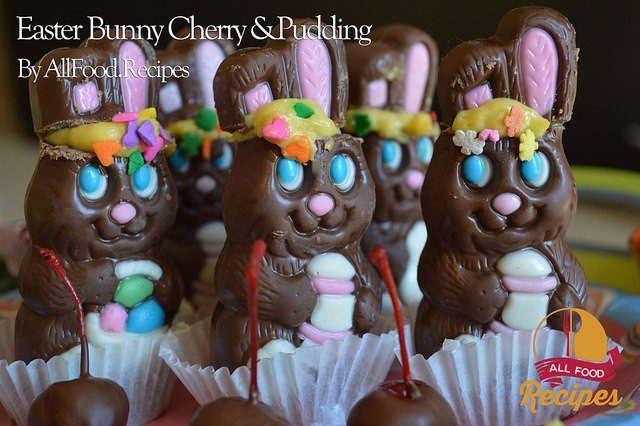 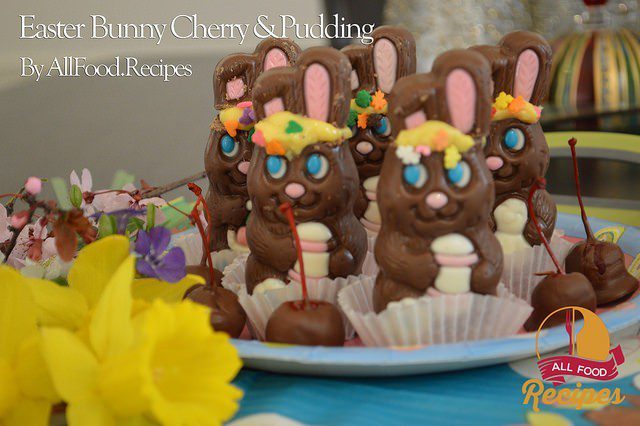 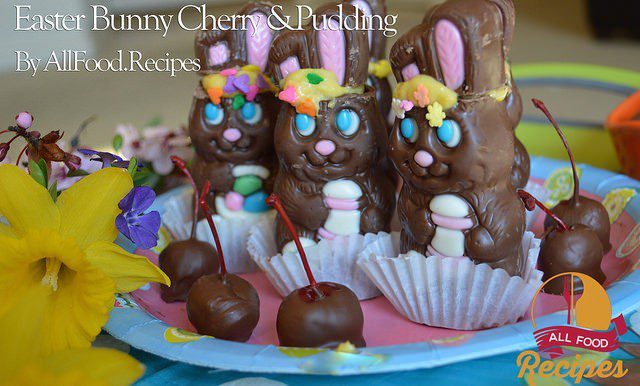 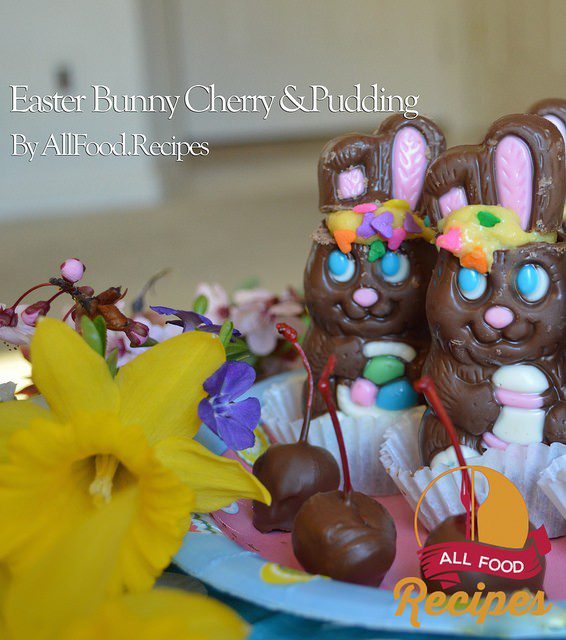 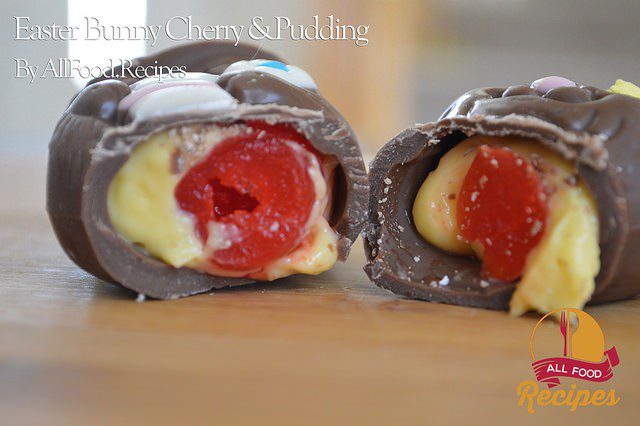 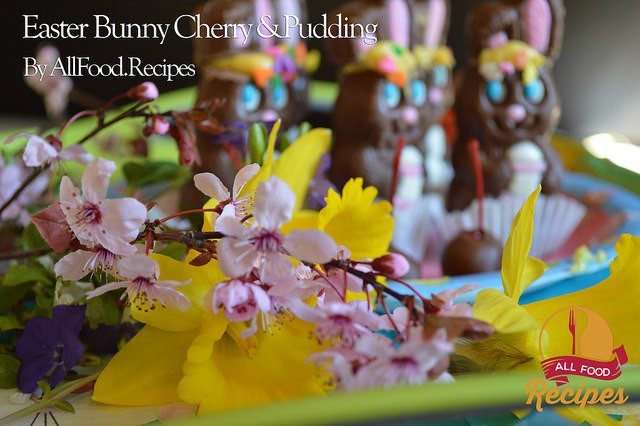 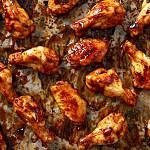 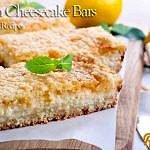