Egg Nog Bread Pudding. Eggnog is a holiday tradition and, in fact, it is one of those few items that you can really only find during the holiday season (unless you make it yourself, of course). It is rich, eggy and has a unique flavor to it. Most people drink it straight, or with a bit of liquor added to it, but eggnog can be used for all kinds of other things in the kitchen. Its eggy flavor lends itself particularly well to custard-based dessert, like this bread pudding.

Bread pudding is a bread-based dessert popular in many countries’ cuisines, including that of Argentina, Belgium, Canada, Cuba, France, Germany, Ireland, Malta, Mexico, the Netherlands,Slovakia, the Philippines, Puerto Rico, and the United Kingdom, as well as the Creole people of Louisiana and others in the southern United States. In other languages, its name is a translation of “bread pudding” or even just “pudding”, for example “pudín” or “budín” in Spanish; also in Spanish another name is “migas” (crumbs). In the Philippines, banana bread pudding is popular. In Mexico, there is a similar dish eaten during Lent called capirotada. The finished pudding is very Christmasy, with a wonderful flavor and aroma of vanilla and eggnog. This bread pudding is baked in a loaf pan and should be served in slices (this actually makes it much easier to portion than bread pudding baked in a big casserole dish). Let it cool completely in the pan before slicing to ensure that the pudding sets up, then reheat slices in the microwave before serving. 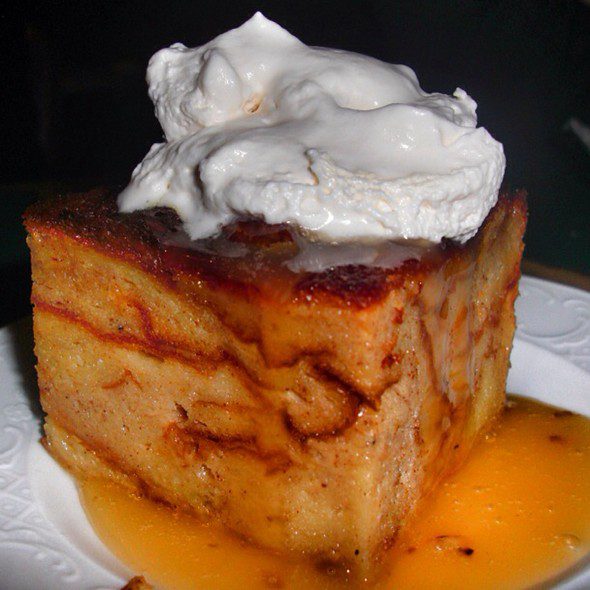 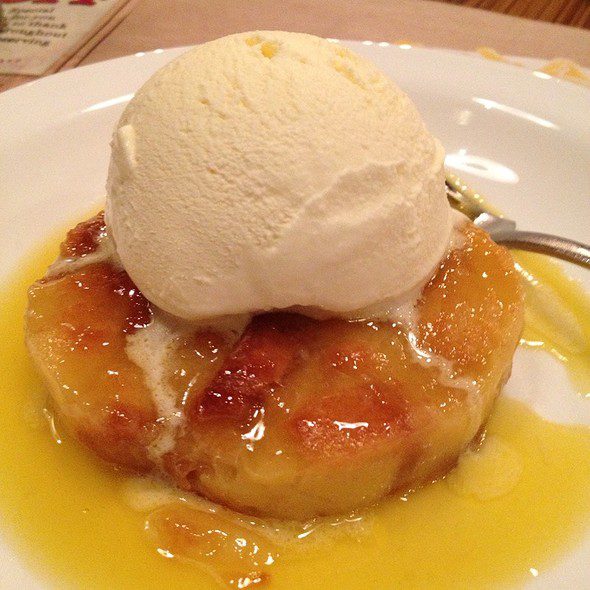 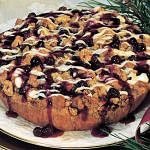 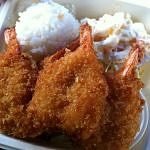