Fried Bread and Honey Butter. Fried bread, or fried slice, is a slice of bread which is fried.
Frybread (also spelled fry bread) is a flat dough fried or deep-fried in oil, shortening, or lard. The dough is generally leavened by yeast or baking powder.Frybread can be eaten alone or with various toppings such as honey, jam, or hot beef. Frybread can also be made into tacos, like Indian tacos. It is a simple complement to meals.

According to Navajo tradition, frybread was created in 1864 using the flour, sugar, salt and lard that was given to them by the United States government when the Navajo Native Americans, living in Arizona, were forced to make the 300-mile journey known as the “Long Walk” and relocate to Bosque Redondo, New Mexico onto land that couldn’t easily support their traditional staples of vegetables and beans.

For many Native Americans, “frybread links generation with generation and also connects the present to the painful narrative of Native American history.” It is often served both at home and at gatherings. The way it is served varies from region to region and different tribes have different recipes. It can be found in its many ways at state fairs and pow-wows, but what is served to the paying public may be different from what is served in private homes and in the context of tribal family relations. 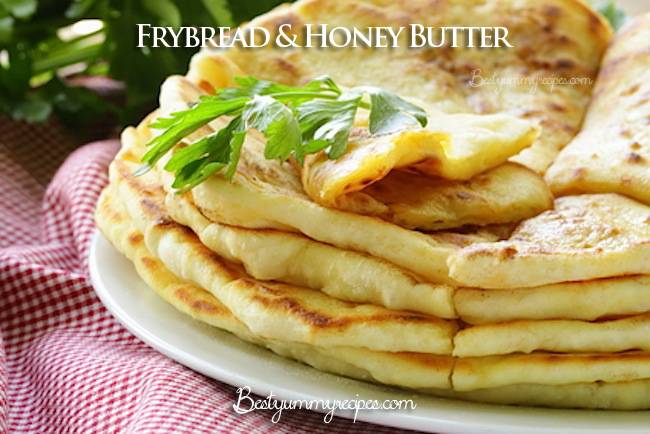 Mix dry ingredients together in a large bowl. Add oil and water, mix with a wooden spoon. Knead lightly with you hands for a minute or so, until dough is elastic, taking care not to overwork. If dough is still incredibly sticky, add in a bit more flour at a time until it only feels tacky. Form into a ball and wrap in plastic. Refrigerate for one hour.

Divide into 12 roughly equal balls of dough. Flatten with your hands and, on a lightly floured surface, roll them into circles that are 7″-8″ in diameter. The thinner they are, the better they will puff in the oil. Pole a hole in the center with your finger. Dust tops lightly with flour.

Heat an inch and a half or so of oil in a deep skillet (to about 375° F). One at a time, slide the rounds of dough into the hot oil to puff and brown, ~1 minute or less per side. Drain on a paper towel-lined plate or tray. 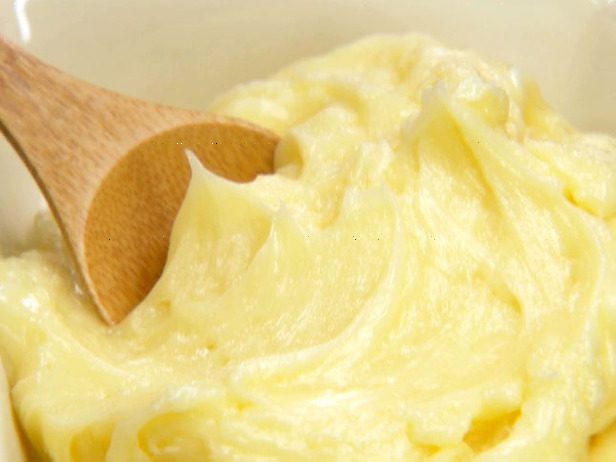 Whip the butter in a mixer or food processor. Beat in honey and lemon juice. Taste and adjust to the honey/lemon juice balance you prefer. Refrigerate in a covered container when not in use. 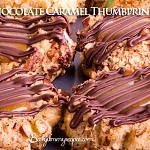 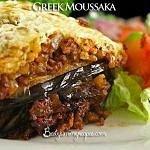