German Chocolate Cake. Up until recently, I thought that this cake actually originated in Germany, hence the name. Turns out, it’s as American as the Big Mac. Who knew?! Way back in 1852, Sam German developed a brand of dark chocolate for Baker’s Chocolate Company and the resulting product, Baker’s German’s Sweet Chocolate, was named in honor of him. Then, in the late 1950?s, the original recipe for “German’s Chocolate Cake”, which used the baking chocolate, was submitted by a homemaker to a local newspaper. It became insanely popular, so much so, that the company that owned Baker’s Chocolate noticed and distributed the recipe to other newspapers across the country. Reportedly, sales of the chocolate increased 73% , and the cake became famous. Here’s hoping that homemaker from Dallas who came up with the recipe got a little piece of the action! 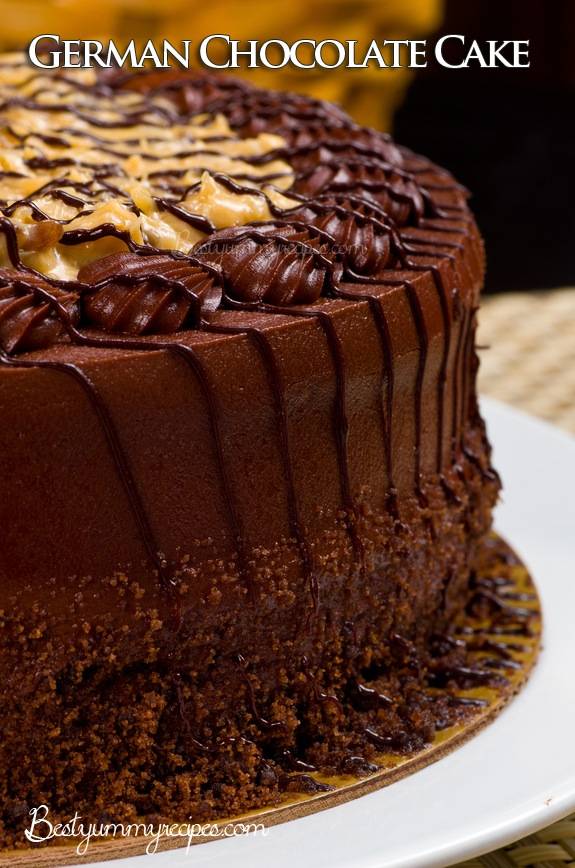 For the Rum Syrup:

For the Chocolate Icing:

1. Make the Cake: Preheat the oven to 350 degrees F. Grease two 9-inch cake pans, then line the bottoms with rounds of parchment paper. Sift together the flour, baking powder, baking soda and salt; set aside.

2. Melt the semisweet and unsweetened chocolates together with the 6 tablespoons of water in a small bowl. Use either a double-boiler or microwave on 50% for 30 seconds to 1 minutes. Stir until smooth, then set aside to cool to room temperature.

3. In the bowl of an electric mixer, beat the butter and 1¼ cup of the sugar on medium-high speed until light and fluffy, about 5 minutes. Reduce the mixer speed to medium and beat in the melted chocolate until combined, scraping the sides of the bowl as necessary. Beat in the egg yolks one at a time, beating well after each addition.

5. In a separate bowl, beat the egg whites on medium-high speed until they hold soft peaks. Slowly add the ¼ cup of sugar and beat until they form stiff, glossy peaks.

6. Using a rubber spatula, gently fold one-third of the egg whites into the cake batter to lighten it, then fold in the remaining egg whites just until there’s no trace of egg white visible.

7. Divide the batter into the 2 prepared cake pans, smooth the tops, and bake for about 45 minutes, until a toothpick inserted into the center comes out clean. Cool the cake layers completely (leave them in the pans). While the cakes are baking and cooling, make the filling, syrup and icing.

8. Make the Filling: Stir together the heavy cream, sugar and egg yolks in a medium saucepan. Put the butter, salt, pecans and coconut in a large bowl and set aside. Heat the cream mixture and cook, stirring constantly (scraping the bottom of the pan as you stir) until the mixture begins to thicken and coats the back of a spoon (an instant-read thermometer will read 170 degrees F.). Pour the hot custard immediately into the pecan-coconut mixture and stir until the butter is melted. Cool completely to room temperature.

9. Make the Rum Syrup: In a small saucepan, heat the water and sugar, stirring occasionally, until the sugar has melted. Remove from heat and stir in the dark rum. Set aside until ready to use.

10. Make the Chocolate Icing: Place the chopped chocolate, corn syrup and butter in a medium bowl. Heat the cream in a small saucepan over medium heat until it just begins to boil. Remove from heat and pour over the chocolate. Let stand one minute, then stir until smooth. Cool to room temperature.

11. Once the filling and icing are both cooled to room temperature, refrigerate for 1 hour. 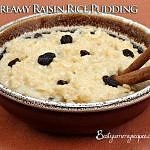 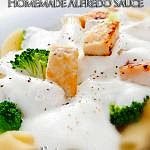