Homemade Peanut Butter. Peanut butter is a food paste made primarily from ground dry roasted peanut, actually a legume and not a nut, and is popular in North America, the Netherlands, the United Kingdom, Australia and parts of Asia, particularly the Philippines and Indonesia. It is mainly used as a sandwich spread, sometimes in combination with other spreads such as jam, chocolate (in various forms), vegetables or cheese. The United States is a leading exporter of peanut butter. Nuts are also prepared comparably as nut butters.

Directions
Place the peanuts, salt and honey into the bowl of a food processor. Process for 1 minute. Scrape down the sides of the bowl. Place the lid back on and continue to process while slowly drizzling in the oil and process until the mixture is smooth, 1 1/2 to 2 minutes. Place the peanut butter in an airtight container and store in the refrigerator for up to 2 months.
Roasted Peanuts:
2 pounds in-shell raw peanuts*
2 tablespoons peanut oil
1 to 2 tablespoons kosher salt

*Cooks note: If eating peanuts roasted right out of the shell, use Virginia or Valencia peanuts. If utilizing roasted peanuts to make peanut butter, use Spanish peanuts as they have a higher oil content.

Preheat the oven to 350 degrees F.

Rinse the peanuts under cool water to remove excess dirt. Pat dry and place in a large bowl and toss with the peanut oil and salt until well coated.

Place on 2 half sheet pans, making sure to spread them out into a single layer. Roast in the oven for 30 to 35 minutes, rotating the pans halfway through cooking. Once you remove the peanuts from the oven, let them cool slightly before eating. They will continue to “cook” and become crunchy as they cool. 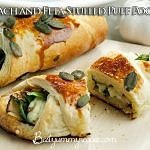 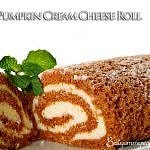