Malasadas or Hawaiian Donuts – Transport yourself to the Hawaiian islands with these soft, puffy, sugary clouds of goodness known as “malasadas”

So What Are Malasadas?

Malasadas are basically Hawaii’s version of a yeast doughnut. Even though malasadas have Portuguese origins (specifically the Azores and Madeira regions) and could be considered more of a Portuguese dessert, they have become widely popular in Hawaii, which is where I was introduced to them. They don’t have a hole and more often than not, they are served plain with no filling. Instead of being glazed, they are dusted with sugar. It’s like eating a puffy, fried, sugary cloud. SO GOOD.

A Malasadas or Hawaiian Donuts is a hole-less doughnut of Portuguese origin. You can think of it as a very rich doughnut with more egg and butter flavors. Furthermore, Malasadas are usually rolled in sugar and best eaten if hot. The result is a hole-less dougnut with a crunchy outside and a light and fluffy inside with a hint of chewiness. It is something that surely must be tried atleast once (although we know you’ll be wanting more).

Traditionally, Malasadas have no fillings and were used as a way to use up extra shortening and sugar before Lent. In Hawaii, it has also become a tradition on the day before Ash Wednesday (also known as Malasada Day, Shrove Tuesday, or Mardi Gras) to eat Malasadas. Despite this tradition, many people in Hawaii and from afar come to Champion Malasadas all year long to experience a treat like no other. 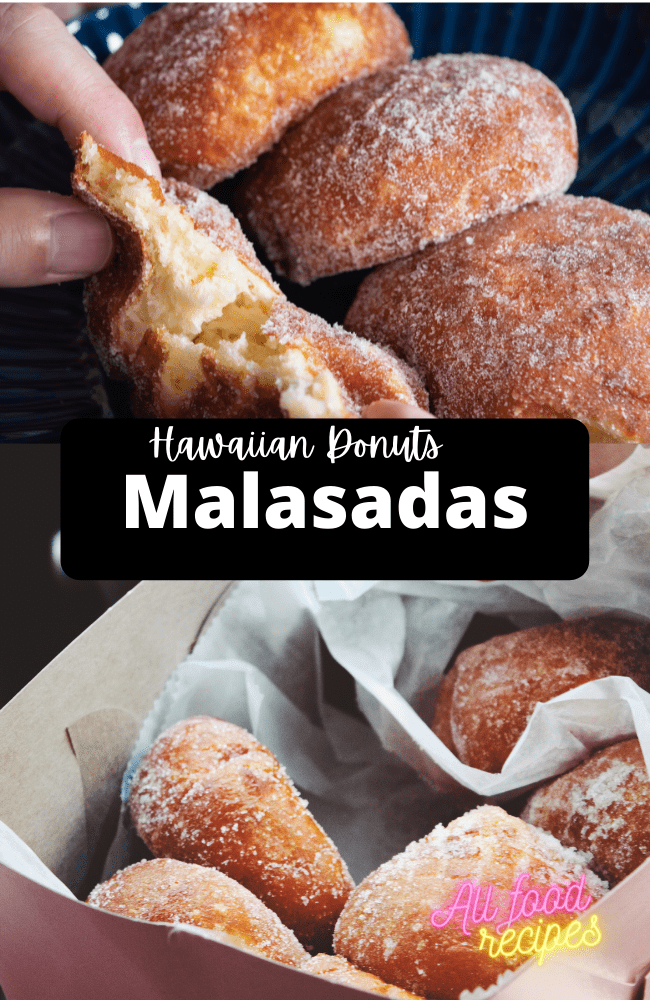 Where To Find Malasadas

Malasadas or Hawaiian Donuts- The most popular place in Hawaii to find malasadas is Leonard’s Bakery on Oahu. However, it’s not the only place to find them. You can find them on different islands including Maui, Kauai, and the Big Island. You can find them in restaurants or bakeries. When I lived in Hawaii there was a malasada food truck that would come around every once in a while and park across the street from where I lived. Also, the bakery that I worked at in Hawaii would make them every once in a while. Have I mentioned I worked at a bakery in Hawaii? It was the best job ever… even if it did make me gain the Hawaii 5-0. Totally worth it.

If you have been to Leanard’s Bakery in Hawaii, you know about the haupia filled malasadas. They are PERFECTION. If you are wanting to make a haupia custard from scratch, I have included the recipe below (AND a cheater version to make it even easier). However, you can fill your malasadas with any kind of custard, pudding, cream, or even guava or fruit filling, just make sure it’s thick enough to pipe into the malasada (you don’t want a thin, runny filling). 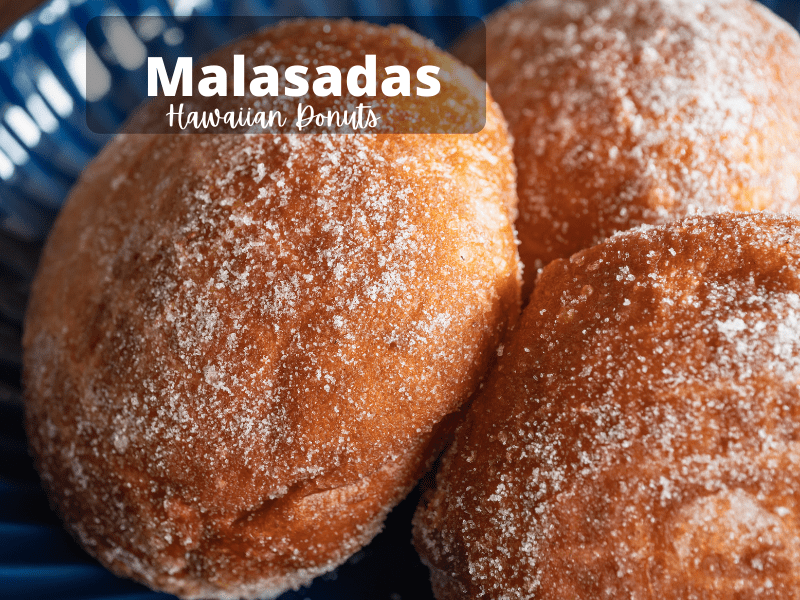 Malasadas or Hawaiian Donuts – A popular time to eat malasadas in on “Malasada Day”, which is the day before Ash Wednesday, aka “Fat Tuesday… aka “Mardi Gras”. Instead of celebrating with beignets and beads, celebrate the Hawaiian way and load up with all your favorite kinds of malasadas! 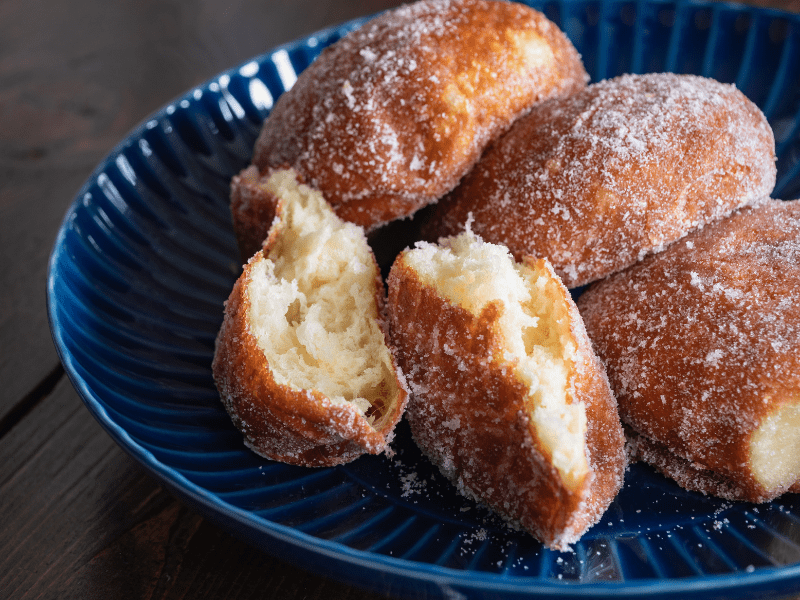 CHEATER FILLING: If you don't feel like going through the process to make the filling from scratch, just use a package of instant coconut pudding and use 1/2 cup less milk than what the package reccomends (or just add milk until you reach the consistency you want). Use 2-3 packages to fill all 16 doughnuts.

Serving: 1serving | Calories: 294kcal
Tried this recipe?Let us know how it was! 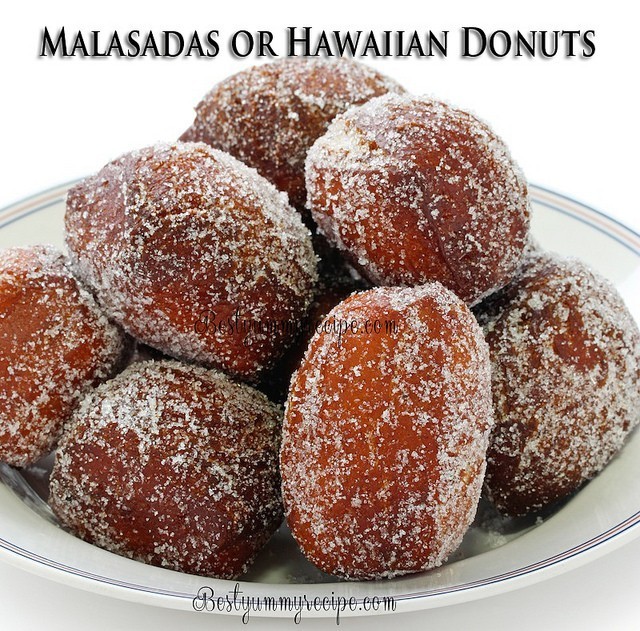 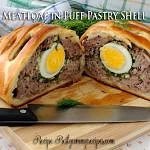 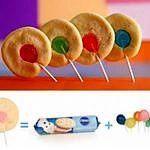