Meringue Topping for Pies. Peaks and swirls of meringue are the crowning glory to some of the most beloved pies — banana cream, coconut cream, chocolate cream, and lemon meringue. To reach the peak of perfection for these lofty toppings, check out our step-by-step guide for light and airy but sensationally sweet meringue toppings for pie. 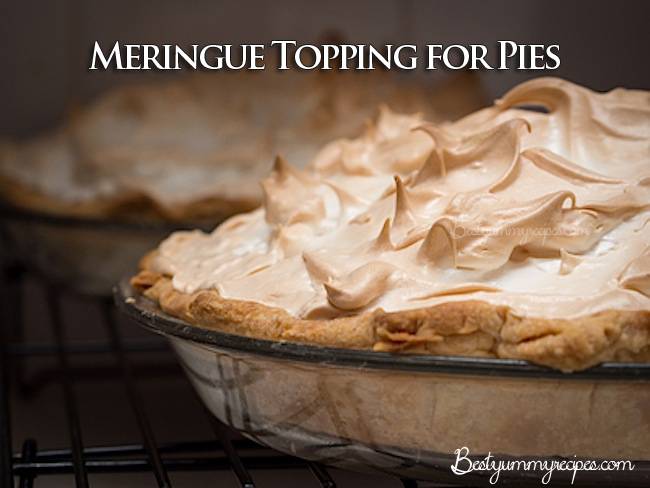 -Add sugar gradually
Add the sugar, 1 tablespoon at a time, while beating on high speed. The sugar must be added gradually as the egg whites are beaten to stiff peaks (tips stand straight). Adding the sugar too quickly will knock air out of the egg whites and make them difficult to mix thoroughly.

(If you’re using a hand-held mixer, move the mixer around the bowl to beat all of the mixture evenly.

-Beat egg whites and sugar to stiff, glossy peaks
Enlarge Image)
Continue beating on high speed until the sugar dissolves and stiff, glossy peaks form. When you lift the beaters, the tips will stand straight up. The mixture should also feel smooth when you rub it between your fingers; you shouldn’t be able to feel any sugar granules
(Beading is a common problem for pie meringues and is caused by undissolved sugar. To solve this problem, beat until the sugar dissolves.)

(If you find weeping to be a problem with meringue pies, next time, try making the meringue before the filling so it sets slightly before being used.)

-Curly peaks
Curly peaks give a lovely texture to a meringue pie top. Use a spoon to swirl and twist the meringue.

Bake in a preheated 375?F oven just until the tops become golden then cool at room. Let the pie cool for an hour on a wire rack, and then refrigerate for 5 to 6 hours before serving. 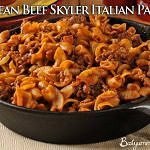 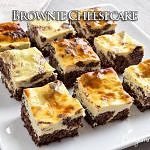