Everything is better on a stick, right? And with our Mini Cinnamon Roll Fondue, double dipping isn’t just okay, it’s encouraged!

If I had to name one food that I cannot leave alone, it would be a cinnamon rolls. Although chocolate chip cookies come in a close second, nothing beats a warm gooey cinnamon roll.

I love food that is interactive and gets the conversation going, and this Mini Cinnamon Roll Fondue does exactly that.
Start with a package of Pillsbury cinnamon rolls.
Unroll each cinnamon roll and cut it into four equal parts. Then roll them back up into little bitty mini cinnamon rolls.
The cinnamon rolls already come with yummy icing, but while the rolls are baking make some super easy pumpkin dip for another fall-flavored option. Just mix a little cream cheese, pumpkin, powdered sugar, and pumpkin pie spice together for a creamy dip.

Once the mini rolls have baked, place each one on a wooden stick.
We’ve got icing, pumpkin dip, sprinkles, and nuts for toppings here, but you could use whatever you can dream up!

Icing is the obvious choice for dipping, and it did not disappoint.
And as always, sprinkles make everything better.
But I have to say that the pumpkin dip with nuts on top is pretty darn tasty.
Whether you’re thinking breakfast, brunch…or dessert, who can say no to a warm mini cinn

amon roll on a stick? 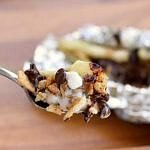 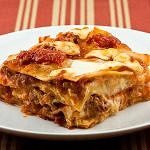