Previous Next
Nacho Potatoes With Beef and Bacon

In a large sauce pan or pot, boil potatoes in water just until tender, about 12 minutes or so, depending on the size of your potatoes. Drain and let cool for 20 to 30 minutes. Slice potatoes into 1/4” rounds, leaving skins on.

In a large cast iron skillet over medium heat, fry bacon until crisp yet chewy. Remove bacon to a paper towel lined plate. Once cooled, chop into 1/4″ to 1/2″ size pieces.
In another skillet cook beef until brown add taco seasoning. reserve
Drain all bacon fat from the skillet, except to leave about 1 tablespoon. Return skillet to stove top over medium heat and add the butter. Once butter is melted, add the onion and peppers and gently sauté for about 5 minutes, stirring once or twice sauté until onion and peppers is softened but not charred. Remove mixture to a small bowl. 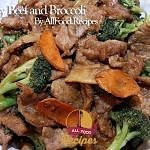