Spinach Frittata with Bacon and Cheddar is an Italian-style flat omelet that’s baked in a skillet. This frittata recipe features spinach, bacon and cheddar cheese. It’s perfect for holiday brunches or other special occasions

Frittata is an egg-based Italian dish similar to an omelette or crustless quiche, enriched with additional ingredients such as meats, cheeses, vegetables or pasta.

The Italian word frittata derives from fritta, the feminine past participle of “to fry” (friggere), and was originally a general term for cooking eggs in a skillet, anywhere on the spectrum from fried egg, through conventional omelette, to an Italian version of the Spanish tortilla de patatas, made with fried potato. Outside Italy, frittata was seen as equivalent to “omelette” until at least the mid-1950s.

In the last fifty years, “frittata” has become a term for a distinct variation that Delia Smith describes as “Italy’s version of an open-face omelette”. When used in this sense there are four key differences from a conventional omelette:

For this frittata recipe we cook everything in a cast-iron skillet because it can be heated on the stovetop and then transferred to the oven where the cooking is finished. But any other large skillet that is safe for both stovetop and oven should be fine.

NOTE: If you don’t have an oven-safe skillet, you can pour the egg mixture into a baking dish and add the cooked onions, spinach and bacon as well as the grated cheese, and just bake the frittata in that dish. If you do it this way, add 5 to 10 minutes to the baking time and check to make sure the egg is fully cooked before serving. 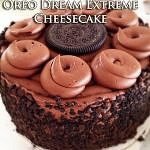 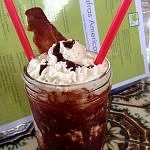