Have you ever had homemade marshmallows? I went in search of the best recipes I could find and actually tried different versions. The one that I had the greatest success with was a recipe from the Food Network’s Alton Brown. With some tweaking, a few trials and errors, this is the recipe I now use and quite literally is no fail. Once you’ve had homemade marshmallows you will never want the store-bought kind again. They aren’t hard to make, but they do take a bit of patience and some waiting time. The end result is so worth it.

When I think of marshmallows, I think of campfires and s’mores. However, once I had a homemade version in place of the store-bought kind, I had a much different view of these lowly white clouds of sugar and gelatin.
Homemade Marshmallows

Direction:
Grease the bottom and sides of a square-edge 9×13 rectangular pan with butter or flavorless cooking oil. Generously dust the sides and bottom of the pan with powdered sugar. Set aside. Pour half a cup of cold water in the bowl of a standing mixer. (The marshmallows can also be made in a large mixing bowl with a hand mixer, but it will likely double the times involved.) Sprinkle the gelatin over the water and let stand to soften.

In a heavy saucepan, combine the sugar, syrup, 1/2 cup cold water and the salt. Cook over low heat, stirring occasionally with a wooden spoon, until the sugar is dissolved. Increase the heat to medium and boil the mixture until a candy thermometer registers 240 degrees, about 12 minutes. Remove from the heat and pour the sugar mixture over the gelatin, stirring until the gelatin has dissolved.

MIXING OPTION 1: Beat this mixture on high speed until thick, white and almost tripled in volume, at least 6 minutes. Grease a second mixing bowl and then transfer the sticky white mixture to the greased bowl. Clean the beaters and used bowl well and then whip two egg whites until they hold stiff peaks. Add the vanilla and then transfer the fluffy sugar mixture into the beaten egg whites. (The sticky white mixture should just slide or roll out of the well-greased bowl.)

MIXING OPTION 2: Beat this mixture on high speed until thick, white and almost tripled in volume, at least 6 minutes. In a seperate bowl, with a second handheld mixer or immersion blender whisk attachment, whip two egg whites until they hold stiff peaks. Add the vanilla and then transfer the beaten egg whites into the fluffy sugar mixture.

Beat the egg whites into the sugar mixture, just until combined. Scoop this mixture into the greased and powdered baking pan and spread it out to fill the pan. Do not worry about it if you don’t get every last bit out of the mixing bowl. Sift 1/4 cup powdered sugar evenly over the top of the marshmallows. Chill at least 3 hours or up to 24 hours.

The brown rice syrup version was ready to cut at 3 hours. The all sugar version was still quite sticky at the three hour mark, so I left them in the refrigerator overnight. The next morning, they were still a bit more sticky than I expected, but they did pull out of the pan just fine.

Sift the remaining powdered sugar into the now-empty baking pan. Roll the marshmallows through it, on all six sides, before placing them in an airtight container. They will keep well at cool room temperature for at least 1 week. Enjoy! 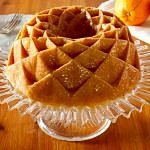 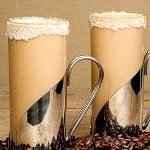