Napoleon cake – the most Russian French cake
If you have ever been invited to a celebration party in (or around) Russia, you would have most probably tasted the omnipresent Napoleon cake. Essentially a French Mille-Feuille – a ‘thousand layer’ cake, often known as a Custard slice elsewhere, it has been adapted, adopted and fully nationalised by Russians, as THE Russian cake. 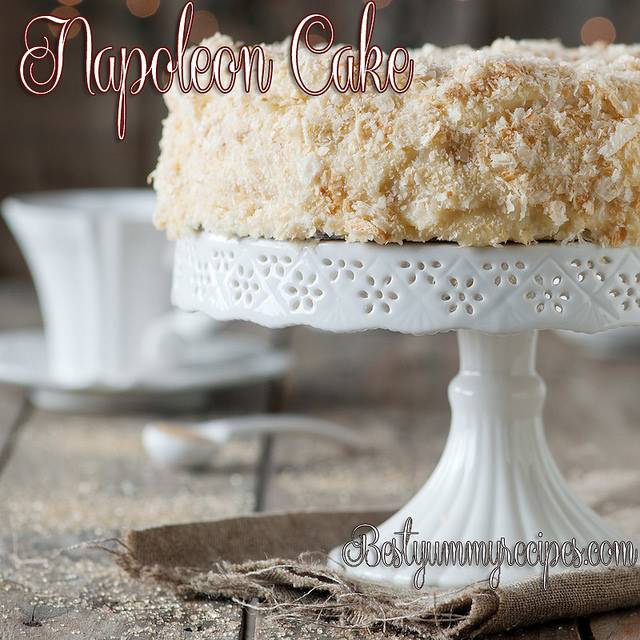 Most Russians will reassure you that the name has a direct link to a certain French Emperor, and was invented in his honour (perhaps in line with another Russian treasure with a French name – salad Olivier). I admit, I have not done a lot of research into the origin of the name (perhaps a topic for my future Phd in Anthropology), but the wise Wikipedia suggests that the recipe is of ‘ancient origin’ (read, no one really knows) and the name comes from napolitain, ie in French, originated in Naples. the word later got miraculously changed to Napoleon, perhaps by a simple linguist association.

In Russia the most iconic version – or the most Soviet, depending on how you look at it – is made with condensed milk cream, that cloyingly sweet and terrifyingly addictive substance. Unlike the ‘proper’ French Mill-feuille, where the top is often covered by patterned icing, the Russian version is topped with crumbled pastry. The budget version if you like, which I in fact prefer to the teeth-gnawing icing. 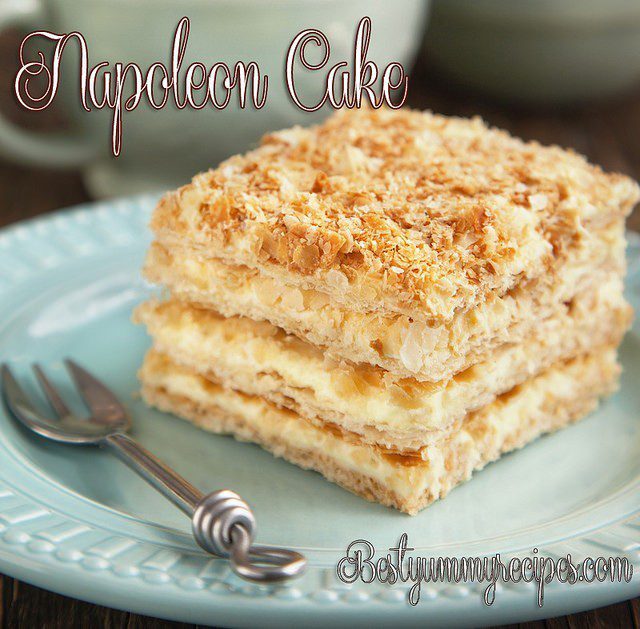 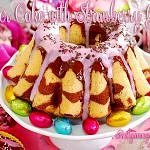 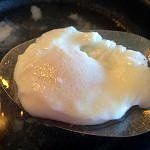