I’ve made quite a few different types of bread, and this dough was the softest I’ve ever worked with. The dough rose faster and higher than any other bread I’ve made, which resulted in very light and airy rolls. Total perfection.

A delicious way to use leftover mashed potatoes The recipe can be doubled, halved, or varied in other ways to suit the quantity of leftovers or your personal preference. These can be served with ketchup or any other dipping sauce.

**How to Scald Milk
Some baking recipes call for scalded milk; that is, milk brought nearly to a boil and then cooled down. Scalded milk makes yeast breads lighter and sponge cakes springier. It also helps dissolve sugar and melt butter, and extracts the most flavor from vanilla beans, cinnamon, citrus peels, and other flavor agents. Best of all, it’s easy.

-Heat the milk until bubbles appear around the edge of the pan. Then cool it about 5 minutes before slowly beating it in the mashed potatoes. 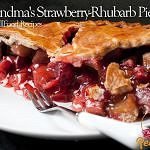 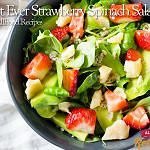